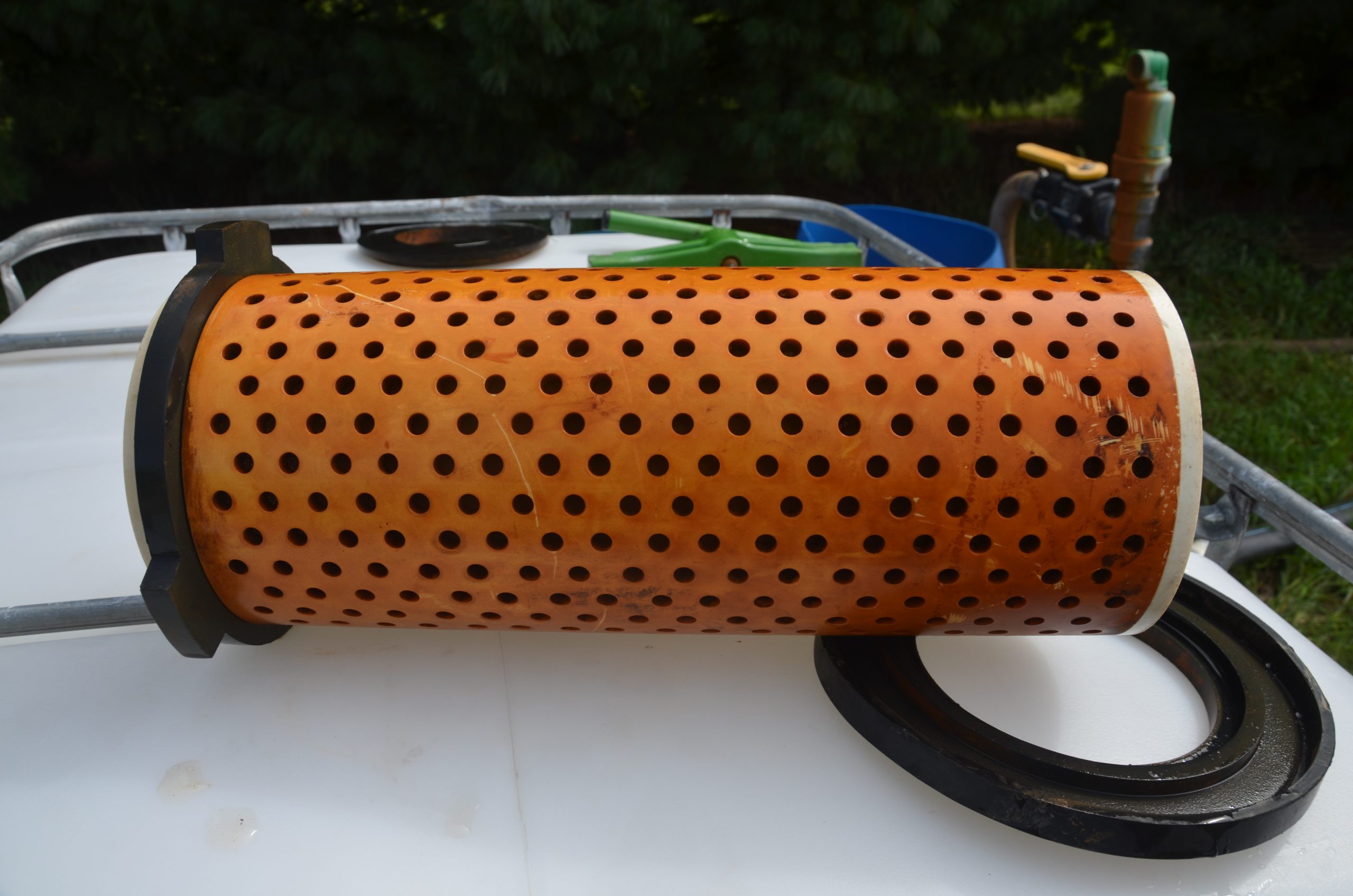 Although it’s quite common to find iron in ground (well) water but when it is found in high amounts it not only can cause issues in the soil but it can also serve as a food source for iron bacteria.

Iron bacteria are small living organisms that naturally occur in soil, shallow groundwater, and surface waters. These bacteria combine iron (or manganese) and oxygen to form deposits of “rust,” bacterial cells, and a slimy material that sticks the bacteria to well pipes, pumps, and plumbing fixtures.

Russel Constanza farms is a large grower of vegetables such as tomatoes, squash, cucumbers, peppers, cabbage, Etc. in Sodus Michigan

The Constanza’s had an issue with high levels of iron in groundwater on a plot of leased land.  The issue was so bad that the iron bacteria would buildup on the irrigation equipment reducing flow, clogging filters, pipes, and ultimately the drip lines they use to irrigate their crop.

The issue was so bad that they would have to remove and clean the 4″ filter twice a week during peak irrigation which resulted in down time, high manpower costs, and non-optimal irrigation.

They decided to install a 4″ flange mount H2O Maximizer on the upstream side of the filter housing.  You can see the coin in between the double gaskets where the H2O Maximizer was installed.

After installing the Maximizer they had no more issues with iron bacteria forming on their filter, pipes, and drip lines.  They checked the filter periodically and swapped it out mid summer as you would normally do through regular maintenance but no signs of Iron bacteria.

Here is a picture of their filter on October 4th after being used for half the irrigation season.  You can see that there is no new bacteria forming and you can also see light through the filter screen.

Controlling iron in ground water involves a lot of variables including the oxidation state state of iron which determines whether it’s ferric or ferrous.

Iron exists in two oxidation states: the ferrous cation (Fe2+) and ferric cation (Fe3+).  In groundwater and anaerobic surface waters, within the pH range of natural waters, iron is present in the reduced state, ferrous, Fe+2, in its soluble forms.   When such waters are exposed to air so that oxygen can enter the ferrous iron is converted into the oxidized form of iron, ferric, Fe+3.

A lab test is required to determine the state of iron but generally, it’s ferrous in the ground and becomes ferric when exposed to oxygen.  Maximum H2O works extremely well on ferrous iron and will help prevent it from becoming ferric.