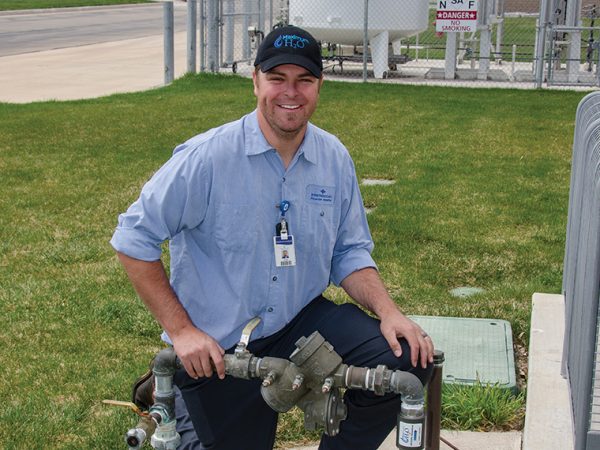 Riverton Hospital had very poor turf, plants, and trees due to poor water quality and high buildup of minerals in the soil.  The site was suffering and turf, shrubs, and trees were stressed.

The typical first response is simply to irrigate more, which, when using mineral laden secondary water can exacerbate the issue and make things even worse in the long run.

In 2015 site Superintendent Trent Jarrett decided to install an H2O Maximizer  on the discharge of the main pump station to address the water quality issue.

After 5 months of irrigation you can see the difference the energized, restructured water has made to the turf, trees, and soil.

Trent monitored the impact Maximum H2O treated water had on Riverton’s soil profile by having his soil tested on an annual basis.  You’ll notice that his pH dropped significantly year over year and that the minerals which were tied up in his soil were released to unlock his soil.

Since installing the Maximizer the site has experience quite a transformation to the point that Riverton Hospital  received a Water Conservation award and a Property Beautification award from the city of Riverton.

Riverton Hospital has also reduced their fertilizer application by 50% after installing the H2O Maximizer.